Professor Receives International Recognition for his work on Sustainable NFTs 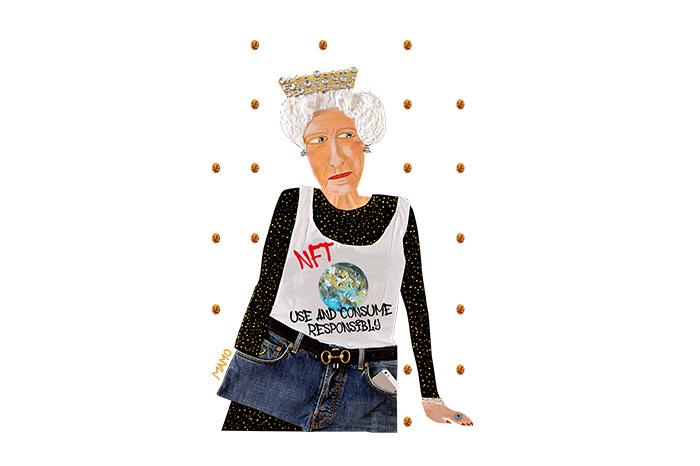 Paolo Taticchi, a professor at the UCL School of Management and an expert in corporate sustainability, has recently received international acclaim for his “NFT sustainability manifesto”. The manifesto, which was designed to promote the responsible use of the technology underpinning NFTs, is accessible through a single sustainable NFT and will not be sold.

Featured above, the NFT displays an animated depiction of Queen Elizabeth II who, casually dressed, wears a top with the tagline: “NFT – use and consume responsibly”. Inspired by what he refers to as “the responsible leadership” of a “popular queen”, designer Massimilliano Donnari hopes that the launch of the NFT will encourage other organisations to consider the influence of responsible leadership on the environment.

In their coverage of Paolo’s work, prestigious Italian newspaper Il Sole 24 acknowledged the all-Italian team – comprised of Paolo, NFT designer Michele Fabbro and artist Massimiliano Donnari – in the conception and creation of the sustainable NFT manifesto and celebrates the success of the project. Referring to Paolo as the most influential academic under 40 in the world, Il Sore 24 also cites the overwhelming need for Paolo’s sustainable NFT manifesto in the midst of the current environmental crisis. In a decade that has witnessed major organisations making public declarations to drastically reduce their carbon footprint, Il Sore 24 notes that Paolo’s manifesto outlines some of the best practices for companies that are considering the use of NFTs.

Appearing recently on Canale 5, a national Italian TV channel, Paolo discusses his work at UCL School of Management and the overwhelming need for environmentally-efficient NFTs, much like the one he has created with Fabbro and Donnari. He calls on more organisations to use energy-efficient block chains and offset their carbon emissions. His own NFT was able to achieve this due to its minting on Stratisphere, an energy-efficient blockchain, and its collaboration with Treedom, a digital planting company that will plant a tree with the goal of neutralising the the carbon emmissions associated with the digital token.