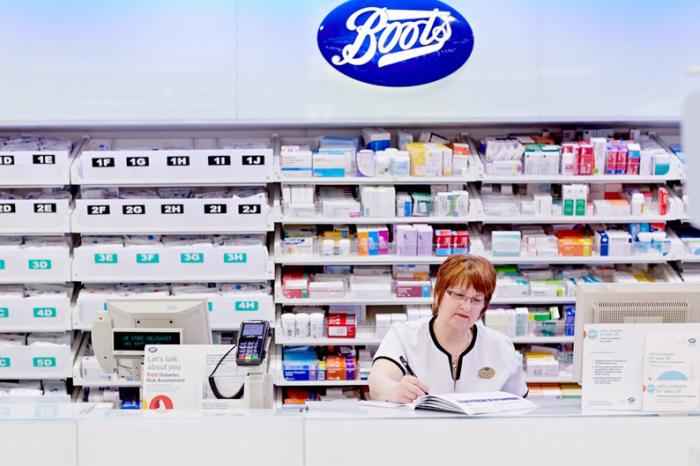 Dr Joe Gladstone has been working with Boots to find ways to encourage patients to take their medication as prescribed. (Image: Boots UK)

Nearly half of all patients currently do not take their medicines as prescribed, which is having an increased impact on public healthcare costs and the health of the public.

To combat these figures, new research from Boots UK, University College London, and Columbia Business School (US) — funded by the Department of Health and Social Care — claims that one way to motivate patients to take their medicines as prescribed is to ask patients to make a commitment based on the personal health consequences of not taking their medicines properly; such as missing doses, not finishing a course of treatment or not taking the right dosage.

The researchers aimed first to understand why patients were failing to adhere to their medication prescriptions, and then tested different behavioural ‘nudges’ — subtle changes to the patient’s environment — to find the best ways of boosting compliance.

The study recruited over 16,000 patients across 278 Boots Pharmacies over eight months.  Patients who are prescribed new medicines are offered the free NHS New Medicines Service, where pharmacists help patients understand their medicines and how to take them.  For this study, extra  patient commitment messages were attached to the New Medicines Service (NMS) for patients with long term conditions (such as Asthma, Type 2 Diabetes, Antiplatelet Therapy and Hypertension) when they were picking up their medicines for the first time from their local pharmacy.

As part of the study, pharmacists asked patients to sign a sticker committing themselves to completing their medication, which was affixed to their medication packaging. Those patients who signed their name to one of these stickers which included a message warning them of the adverse consequences to their own health of non-adherence were significantly more likely to adhere to their medication than other patients, including those who signed stickers warning them of the financial costs to society – in part because they are more self-relevant.

“Emphasizing to patients the personal costs of not taking their medicines properly appears crucial in motivating them to take their medication.” Said Dr Joe Gladstone, University College London, who co-led the research “In contrast, telling patients about the financial costs to society, such as saving the NHS money had no benefit. Our research thus offers important new insights to improve patient’s health.”

Jon Jachimowicz of Columbia Business School, who also co-led the research, said: “People are typically loss averse: they want to avoid losses more than they want to acquire equivalent gains. But in the context of medication adherence, patients may not recognize the negative costs to their health. One way to improve medication adherence, we find, is to make the costs of non-adherence more salient to patients.”

Marc Donovan, Chief Pharmacist at Boots, said: “As Pharmacists, we know the importance of the correct use of medicines by patients. The impact of non-adherence to medication is widespread, and the result of poor compliance is a key public health issue. We want to act quickly to find ways that the pharmacy profession can help boost the public’s understanding of medicines and ultimately improve adherence. This study is important in looking at how community pharmacy can take the lead on this issue by using simple behavioral nudge theories, ultimately helping make important services like the New Medicine Service more effective for patients as well as saving the NHS money.”

The study has been published in the journal Behavioural Public Policy.

Following the results of this study, Boots is working with a multidisciplinary team of researchers at University of Nottingham (which include behavioural economists, psychologists, pharmacists and psychologists) to understand the mechanisms behind the nudge messages and how they could be introduced into wider community pharmacy practice. This will be trialled early next year, with a view to running a randomised control trial later in 2019/20.

Prior to being published, the work was awarded for ‘most effective intervention’ by the Ogilvy Change 2017 Nudge Award.

The full study paper can be read here.