How grocery co-ops fit into the competitive landscape 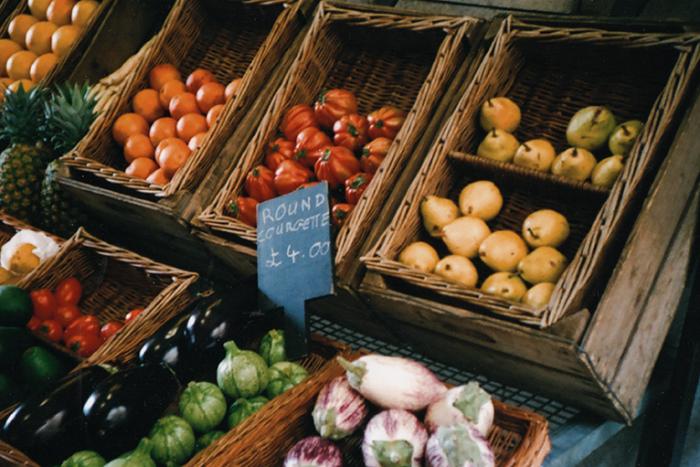 Modern food cooperatives, a legacy of 1960s counterculture, would seem well suited to an age of socially responsible consumption. Not-for-profit and owned by members, grocery co-ops promote healthy eating and sustainable agriculture, source from local producers and provide services to their local communities.

Still, co-ops remain a tiny part of the U.S. grocery scene, accounting for just $2.3 billion in revenues, according to the National Co+op Grocers trade group, with some 147 co-ops operating 200 stores. In contrast, Kroger’s 2,742 stores generated more than $132.5 billion in 2020 sales.

A working paper by Eindhoven University of Technology’s C. Gizem Korpeoglu, UCL School of Management’s Ersin Körpeoğlu, UCLA Anderson’s Christopher Tang and Fudan University’s Jiayi Joey Yu uses a competition model to consider co-ops’ place in the competitive grocery landscape. They focus on differing social missions co-ops employ and how those would help in entering a market. In the model:

Many shoppers believe co-ops are more expensive than conventional grocers. The reality is more complicated — surveys suggest co-op prices are higher on some items, such as dairy and frozen foods, and lower on produce and bulk goods. But even the co-op industry acknowledges, “There are highly visible products that we may price significantly higher than the competition.”

Some of the difference in prices is simply a matter of size. Even smaller for-profit chains find it difficult to compete with the vast economies of scale of Walmart or Kroger.

Higher priced co-ops succeed in part by attracting socially conscious shoppers less sensitive to price; the satisfaction they get shopping at a co-op acts as a kind of invisible discount. Co-ops can also reduce the pain of higher prices with member-only discounts. By effectively setting discounts and membership fees, profit-maximizing co-ops, in particular, can encourage shoppers who spend a lot on grocers to become members, maintaining profits.

The modern cooperative movement, which goes back to the 19th century, saw a re-flowering in the 1960s and ‘70s. One of the oldest, the Puget Consumers Co-op of Seattle, or PCC, began as a buying club in 1953 and opened its first store in 1967, becoming a pioneer in the emerging natural foods movement.

Some co-ops serve members only, while others are open to everyone. Members are charged an upfront fee and receive discounts on all their purchases and, with some cooperatives, have to volunteer a certain number of hours a month.

Both types of co-ops require the presence of lots of socially conscious shoppers, and either one will hurt the profits of existing grocers.

But community co-ops (higher-priced) can thrive by going after just the high-conscience shoppers, who are willing to pay more and leave less socially conscious consumers for the for-profit store. But people’s co-ops (lower-priced) need to attract more low-conscience shoppers to boost sales and will use the lure of lower prices to do so.

People’s co-ops’ lower prices also pose a greater threat to profits of the existing grocer, which would have to cut its prices to stay competitive. While grocers will lose some market share to community co-ops, the loss of business is less costly than the lower margins needed to keep the co-op out of the market.

The paper only considers what happens when a co-op enters a market with an existing grocer, but the model could be useful to a new breed of co-ops moving into rural areas or urban neighbourhoods that lack a full-service grocer — areas known as food deserts.

Co-ops like people’s — those willing to accept lower profits in favour of higher sales — may be perfectly suited to thrive in underserved markets where no for-profit competitor exists. Their mission of providing jobs and supporting local producers may also make them a good fit.

This article originally appeared in the UCLA Anderson Review. https://anderson-review.ucla.edu/how-grocery-co-ops-fit-into-the-competitive-landscape/