Why gender equal pay is so hard to achieve in sport 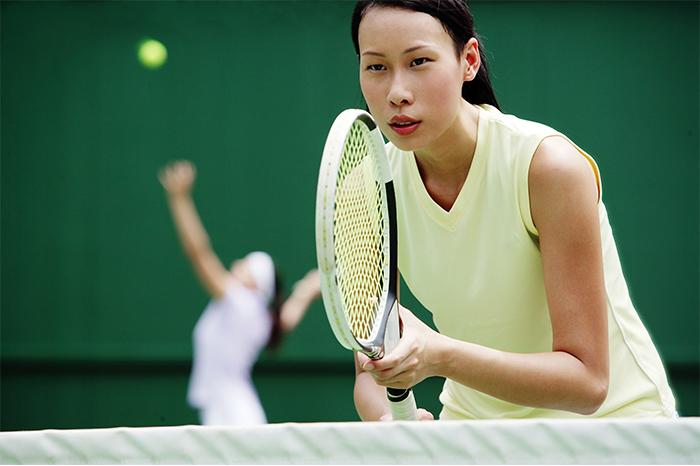 When we talk of gender inequality in sport, we tend to focus on the gender pay gap. In most sports, women earn significantly less than their male counterparts and that, even though professional athletes, regardless of their gender, put in the same amount of work. This has meant that many female athletes are often having to have full-time jobs on top of being full-time athletes to survive.

Through her ongoing research on gender equality in sport, Dr Laura Claus, Assistant Professor at The School of Management, argues that this pay disparity will not change until female sports are marketed properly, but that gender inequality in female sport fundamentally stems from the very way in which sport is not designed for women.

Sports were not designed for women

Most sports were never designed for women. They were designed to fit the physical abilities of men.

Ancient Greece introduced formal sport, with the first Olympic Games in 776 BC, that included sports such as human and chariot races, wrestling, jumping, disk and javelin throwing, and more.

Now, men (on average) are, by nature, often faster, stronger, and taller.

As already noted by English (1982): Speed, size, and strength seem to be the essence of sports. Women are naturally inferior at “sports” so conceived. But if women had been the historically dominant sex, our concept of sport would no doubt have evolved differently. Competitions emphasizing flexibility, balance, strength, timing, and small size might dominate Sunday afternoon television and offer salaries in six figures. (p.266)

Sport is based on pure meritocracy

Sport is designed to support a system of pure meritocracy – i.e., whoever is stronger, faster, more skilled will be the winner. But related to the first problem, in most sports, if women play against men, they lose (e.g., Serena Williams against No. 150 ATP; women’s soccer team against men’s soccer team). From a pure meritocracy angle, women thus do not deserve the same pay.

There is less of a market for women’s sport

Building on the first two problems, in most sports, there is less of a market for the women’s side of the game (e.g., women’s soccer or women’s tennis). If you look at TV coverage, interest, ticket sales, and other market indicators, most men’s sports will outperform women’s sports. On average and across sport, that’s a statistical fact.

The market argument is the most readily used argument by male players and tournament directors when it comes to not rewarding women gender equal pay.

Now, all of these three problems are reasons used to defend not paying women the same in sport.

How can we get gender equal pay to work

To really get gender equal pay to work, pure meritocracy needs to be revoked and arguments need to come from a sociological/ideological point of view. Furthermore, women should celebrate the female competition as their own version of the sport that is similar yet also different to the men’s.

Women’s tennis is one of the sports that was most successful in ‘breaking the glass ceiling’ for the women’s side. At the four biggest tournaments – the Grand Slams (Australian Open, Wimbledon, French Open, US Open) – women and men are rewarded equal prize money since 2007. They did four things to accomplish this significant reduction of the gender pay gap:

The market argument is often used to defend paying women less than men. On average, there simply is less market and public interest for female sport. In other words, they tend to generate much less money. That’s a statistical fact in most sports. The argument that typically follows is: because they generate less money, female athletes should be paid less as well.

But Dr Claus argues that the market follows with the money that athletes are being paid. More salary for athletes makes them more interesting to the public, evident from professional football players. So, one could argue that we need to pay women more first and then the market will equalise.

Watch this short video to find out more about Dr Claus’s work looking at child marriage in Indonesia.