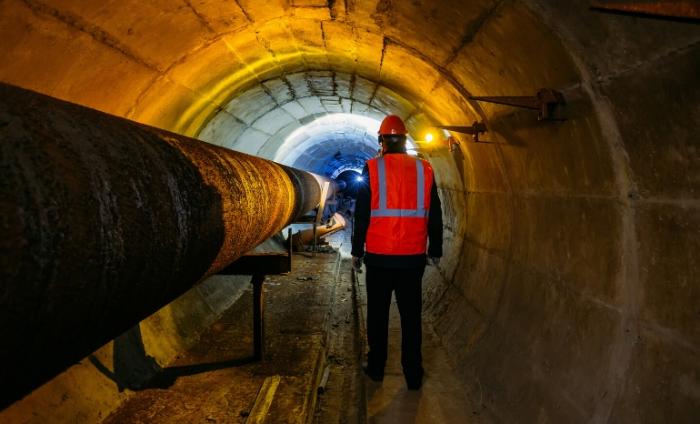 According to the McKinsey Global Institute, the world should invest an average of $3.7 trillion a year in infrastructure until 2035 to meet the projected growth (Woetzel et al. 2017). Mega-projects are the preferred method to deliver infrastructure (Flyvbjerg 2014) and are more in demand than ever. Flyvberg (2011) defines some characteristics of megaprojects as; large-scale, highly complex, costs over 1 billion USD, and a complicated stakeholder environment. The megaprojects usually get national and international attention particularly as the political sphere uses these as a vehicle for economic and social development. This suggests that the outside world, especially the media have a direct influence on the project’s development.

The exposure of megaprojects to the outside world comes with increased visibility of the issues that they pose not only to the construction sector but to the nation. For example, current megaprojects in the United Kingdom, such as Tideway, High Speed 2 and Crossrail dominate the media discussion in the infrastructure environment. These projects are crucial to the development of future cities, and in some cases, such as the social infrastructure projects (hospitals), could protect us from the biggest threats to humanity, like the current global pandemic.

The media and megaprojects

Major problems with the megaprojects are that they often fall short of benefits delivery, have cost overruns and extensive time delays (Merrow 2013). The initial proposal of the California’s High-Speed Rail project stated that the project would operate in 2020. Yet, recent reports show that the operational date is now set to be 2033 (see the California High-Speed Rail Authority’s Draft 2020 Business Plan). So, what happens when these types of delays occur? With the media reporting on delays infrastructure professionals are now subject to mass criticism online and through social media. Researchers (Borcherding and Garner, 1981; Naoum et al. 2015) have found that when delays occur, the attitude of the megaproject workforce tends to negatively shift. Reports show that people become frustrated, communication patterns change and fragmentation, in an already fragmented sector, intensifies.

This article explores the consequences of project delays on the project team, and the role of the media in these circumstances. We conducted a set of semi-structured interviews with infrastructure professionals such as Engineers, Contrsuction Managers, former Government Officals and CEOs in industries such as Rail, Oil, Property, Renewable Energy and transport in the United Kingdom.

From these interviews, we found in particular that (social) media plays a significant role in the (negative) changing attitude in a megaproject team: this is called the “Hostile Media Effect” (Valllone et al, 1985). This effect focuses on the tendency of mainstream media outlets to report on issues, sometimes fairly, but sometimes highly biased. Most of megaprojects are highly politicised, thus we found hidden agendas (Kingdon 1995) highlighting certain parts that will resonate with the biases of their readers. That is, the media (specially detractors) usually highlights one side of the coin: the mistakes. For example, the Heathrow Terminal 5 project was presented as a disaster in the early stages, yet there were elements, such as the Terminal 5 Agreement, risk management and learning elements that were extremely innovative and were even replicated on other megaprojects in the UK (Davies et al. 2009). One interviewee sums up the view on the way media covers these projects:

“A lot of media reports are quite dismissive and, I supposed, disrespectful. They don’t understand the detail of these projects, or the why. They are often just critical. Which might often affect your pride and value in a project.”

Additionally, the interviews showed that scope creep is a common problem for megaprojects, as the first programme that is identified is rarely the final delivery schedule, particularly for the high levels of uncertainty that these projects face. Practitioners during the interviews recognised that it gets complicated to set up realistic timescales when scope creep and lack of detailed design are unavailable from the start.

The interviewees had strong opinions on the relevance of unrealistic schedules. Interesting to note, one participant involved in multiple megaprojects during his career, claimed every single project they had worked on had unrealistic schedules and deadlines due to the outside social and political pressures. Other participants argued that project sponsors are extremely ambitious and realistic timescales are not part of their agenda. They also argue that putting deadlines and completion dates that require a monumental effort to achieve need a constant input of financial resources, similar to the Olympics Games, where governments and other sponsors have no choice but to throw more money to the pot. Yet, this is not the case for other megaprojects. Many interviewees stated that the pressure and fallout from failing to meet these overly ambitious goals is extremely counterproductive to the megaproject team and directly affects the performance and attitude of the team over time.

Other negative influences and implications

Other direct impacts of delays found on this study are: Personnel Turnover, Quality Change, Increased Cost, Change in Motivation, Change in Productivity. From these sources, it is widely known that cost and time have a direct correlation, so it should not come as a surprise. The two other frequent responses found in this study are increased personnel turnover and a change in motivation. There was a significant indication that the personnel turnover was not necessarily people leaving the project of their own free will, instead project members were being asked to leave, for instance when the megaproject is falling apart, redundancies are made to save overhead costs, which then demotivates the rest of the team.

One interviewees described how when he met new people and told them what he did and which projects he worked on, the tone of the conversation shifted and he felt as though he should not be proud of his job. He felt that there was no point working hard on it anymore. This creates a sense of detachment to the project values but also to the personal values of the people themselves (Fuentes et al. 2019).

Overall, we explored how different external sources may directly influence the performance of the team and create more delays in a congested megaproject. In these types of projects, some problems are inevitable. Thus, we think that the media should provide critical and balanced information, presenting both strengths and weaknesses, of these megaprojects, otherwise it may produce negative effects not only to the performance of the megaproject, but also to the personal life of those involved. In addition to this, megaprojects are a major part of economies; thus, it is important to create constructive rather than destructive information for the benefit of the country in charge.