'View from the 38th' - What do business leaders need to know about AI? 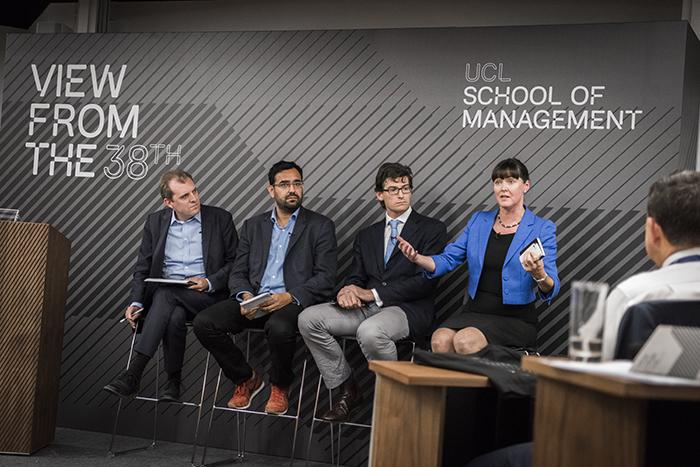 UCL School of Management held its inaugural 'View from the 38th' event at the launch of its new home in Canary Wharf.

The debate, which discussed 'what business leaders need to know about AI', was the first talk hosted by the School centred around our beliefs and our research.

Chaired by Deputy Editor of The Economist, Tom Standage, panelists Azeem Azhar, Nicholas Davies and Alison Vincent discussed how far AI has come, and what the future holds.

Professor Bert De Reyck, Director of UCL School of Management, opened the evening by talking about the transformation the School has undertaken since it was formed 12 months ago.