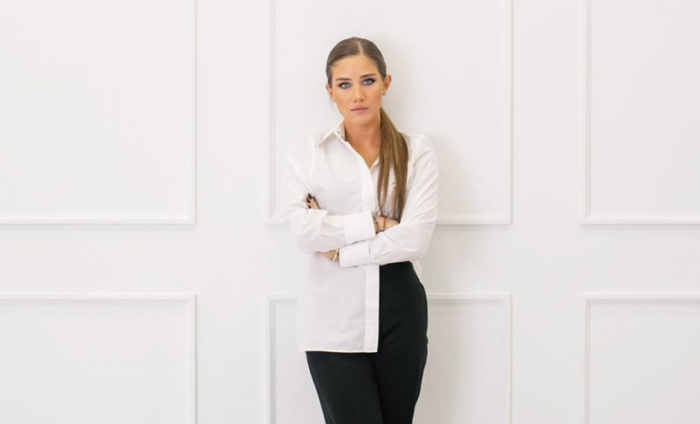 UCL School of Management alumna Mariam Sharangia has been presented with the Grace Hopper Award in the ‘Emerging Leader’ category. Open to all women aged between 18 and 30 in Georgia, the award celebrates those that are using technology to orchestrate change or those that have outstanding achievements in the field of technology.

This year’s winner is UCL School of Management alumna Mariam Sharangia, who graduated from the Information Management for Business (IMB) programme in 2016. Since graduating, Mariam has returned to her home country of Georgia where she became the Head of Strategic Development at Georgia’s Innovation and Technology Agency. She has gone on to become a Fulbright Scholar, a contributor to Forbes Woman Georgia, and has spoken at numerous events and conferences around the globe, including Startup Grind Global in California and Startup Grind Europe in London. She’s also recently started an exciting new role at Meta London.

Discussing her incredible achievements, Mariam tells us, ‘​I felt very honoured and excited to win the Grace Hopper Emerging Leader award. The Grace Hopper award celebrates and more importantly supports women in tech, which is a topic very close to my heart, and I consider this award to be a huge step forward on my journey. As a feminist, one of my biggest passions is supporting gender equality inside the tech field. Therefore, a big portion of my time outside of work is spent towards contributing to Forbes Women Georgia, and most recently as a program lead at Women in Tech Georgian chapter. As Hilary Clinton once said, “Women are the largest untapped reservoir of talent in the world”.

‘To sum up my career - supporting and empowering women has always been very important and personal to me. Getting this award and being a role model for little girls for me implies that I can help them to overcome different stigmas and stereotypes associated with being a woman in the tech world. It means that I may help and serve as an example for a young girl to choose a career in STEAM, which is the biggest motivation and reward I can ever get.’

Congratulations to Mariam on her incredible achievements, and we look forward to seeing everything that she achieves in her career.