NBA: Do fans prefer LeBron James because he is naturally gifted? 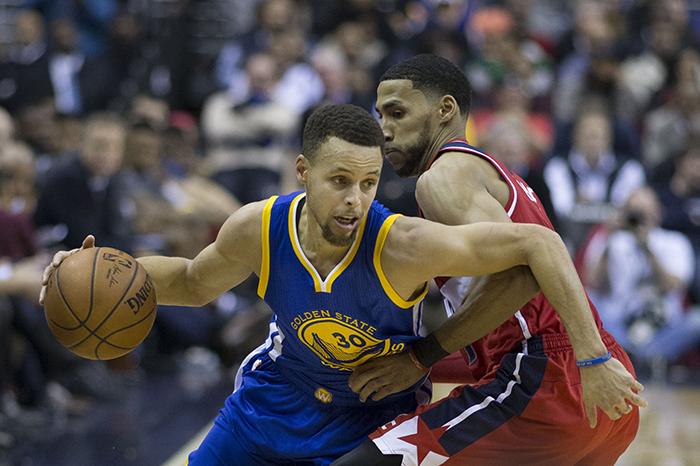 NBA (National Basketball Association) fans will be familiar with the ongoing debate to decide who is better: LeBron James or Stephen Curry. New research from UCL School of Management suggests that this debate may not actually come down to who is best, but in fact the perception of how their achievements were obtained.

Chia-Jung Tsay, Assistant Professor of Organisation and Innovation, has been conducting research on perceptions of achievement and the evaluation of performance, and whether people prefer those who are perceived to be “naturally gifted” or hard-working “strivers.”

After training as a classical musician, Dr Tsay noticed that her fellow musicians used to downplay the amount of time spent practicing, even fudging their ages to appear younger. Why? Her work suggests that humans are inclined towards preferring naturals.

In earlier work, Dr Tsay rounded up hundreds of musicians, playing them two almost identical excerpts of music. One excerpt was described as being performed by a natural talent, and the other by a striver. Overwhelmingly, both novices and professional musicians preferred the natural talent, but there was a catch: both excerpts were in fact performed by the same pianist, and even from the same composition.

Similarly, in a recent publication, Dr Tsay found that people preferred the natural entrepreneur to the striver, judging a business proposal attributed to natural talent to be higher quality than the very same proposal when it was attributed to effort. Dr Tsay also quantified this naturalness bias, and found that people were more willing to select the natural even if it resulted in the hiring of a less-qualified individual.

“We’re likely to say that we value hard work,” says Dr Tsay. “But then this apparently hidden preference emerges when we test real behaviours.”

So where does the James vs Curry debate fit in?

At first glance, it seems as though the trend continues. James, for example, won the pre-season MVP vote, despite the fact Curry won the award last year. Likewise, many fans would rather have LeBron James on their team because they believe his “mega talent” might help them win more games.

However, statistics show that despite James’ appeal, people actually support Curry no matter what team he is playing for. Approval ratings have Curry as high as those for Beyonce’s albums and free beer. Curry also had the best-selling jersey at the midway point this season.

Curry is so marketable not only because he’s the shiny new thing or because watching him play basketball can feel like a thrilling privilege. It’s also because people are attracted to natural potential. James may have already reached his peak, but there is a sense that Curry still has the potential to improve, and the potential to be good at something can be preferred over actually being good at that very same thing.