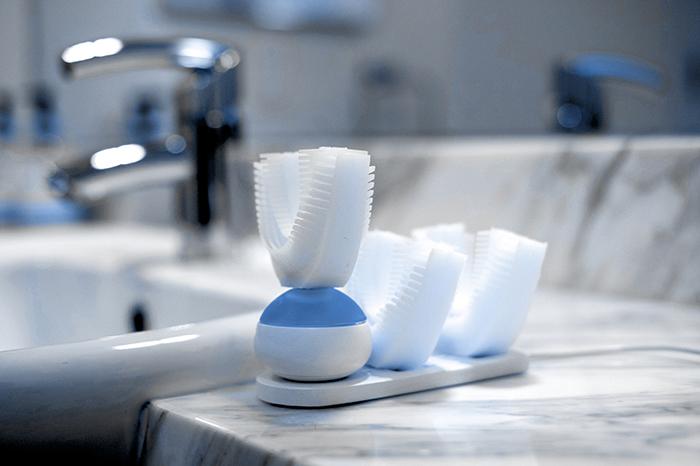 The complete Amabrush, which cleans teeth in 10 seconds.

Amabrush, a start-up created by MSc Entrepreneurship Alumnus Marvin Musalek (2012/13), has broken its crowdfunding target in just one hour.

The company, which has produced the world’s first automatic toothbrush, had started a Kickstarter campaign to raise €50,000.

However, that target was met, and beaten, within just one hour, with the total pledged now stands at more than €1.5m.

Able to clean teeth within 10 seconds, the brush simply requires the user to place the system in their mouth, and push a button.

“We launched the product on 5 July, and were overwhelmed by the fact that it was completely funded within an hour,” said Marvin.

“Currently, the average person spends just 60 seconds, instead of the recommended 180 seconds, cleaning their teeth. The aim is to re-invent the toothbrush, and with it taking just 10 seconds for a complete clean, we hope to make toothbrushing more convenient for everyone.”

“It’s taken us two years to get to this point, including funding and development help from the Austrian Government, and we’re now really excited to see where we go from here.”