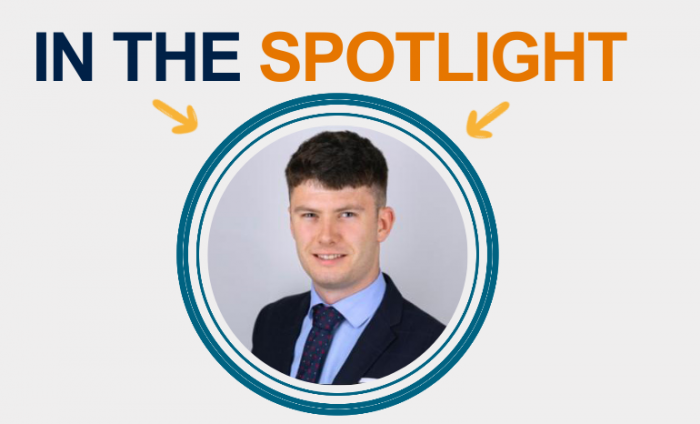 What was it like studying at UCl School of Management?

I loved it! I didn’t realise how much I enjoyed everything about the course from the people to where we were based. Of course, the content was difficult and still is, but I wouldn’t change it for the world. I’ve made friends for life and learned some invaluable life lessons along with academic learning also.

Tell us about your academic and non-academic pursuits

Rugby, the news and video games. I play the Playstation a lot more since I came back home. I took a big break while living in London but I’m back online now haha. Sport has always been a massive part of my life! In Ireland, it is a big thing to play sports from a young age so although I love my PS4, give me a ball any day! I follow the news a lot, particularly in finance. I’d watch CNBC nearly every day and 11 am is Squawk Box time.

Yes – so I did an 8-month placement in KPMG before I started at UCL and was fortunate to get asked back. I look at everything in life, particularly in my twenties as a steppingstone to what I do in my thirty and forties. I’m very process-driven, and goal-orientated so going back to do some professional qualifications I think will benefit me in the long run.

What have been doing during these past months in the so-called ‘new norm’?

I’ve actually been taking it fairly handy. Just living day to day which I never do so it’s been unusual for me. Usually, I have my life planned to the minute, so it’s been difficult that way but been really nice in other ways. It’s the first time in a long time all my friends and I have been home so being able to meet them (socially distant of course) has been a blessing in disguise. Also, as I said, a lot of PlayStation but I‘m also back playing rugby so that’s been fantastic as well.

I would probably say take the time to self-reflect. It’s rare in life we get the opportunity to slow down and have a look within. It’s probably the one thing we all need to do a little more of, but we get so caught up in our busy lives that we neglect it. I find that myself, I’ll be so go-go-go that I’ll forget about myself and it all comes crashing down when everything slows up.

Do things for yourself and don’t care what other people think. I read a great quote from Christian Bale recently, “If you have a problem with me, then call me. If you don’t have my number then that means you don’t know me well enough to have a problem”.

Who would be your dream dinner guests?

If I’d to pick three I’d have to say, Warren Buffett, Piers Morgan and Michelle Obama.

What is your favourite album, film, and novel?

Album - American Teen by Khalid, World War Joy by The Chainsmokers or COSMIC by Bazzi.

FIlm - The Big Short for a finance one, The Best of Me for a good heart wrencher, and The Dark Knight is simply a classic.

TV Series - I think Prison Break is a must! Game of Thrones too (until the last two seasons), Billons for all the finance heads and I just finished You, which I would definitely recommend.

I love a romantic movie and if I thought I could make it; I’d be an actor in a heartbeat! I can also get very nervous – which probably shocks people more than the romantic movies!

Chicago without a doubt! Lived there for three months and by far the best place I’ve ever been. Fell in love with the place.